Candidates for Tares and Zawan

Cephalaria syriaca was abundant in hand sown fields. These are typically small plots of about 0.10 ha. Mechanically sown areas were free of C. syriaca. Lolium temulentum was abundant in fields in the mountains east of Latakia and at a threshing site at Quneitra, both in Syria.

A strong prospect for zawan and another possibility for tares is Cephalaria syriaca. The growth form of C. syriaca is much different from wheat. After a single stem reaches approximately the same height as a wheat plant, it produces four branches at sharp right angles to the main stem (Fig. 2). The fruit is similar to a wheat grain in size and shape. Unlike Lolium, C. syriaca is not toxic (contra Hepper 1992), although it is very bitter.

When the grain is harvested by pulling, it is collected and the weeds are left–just the opposite action of the farmer in the parable who deliberately harvests the weeds and leaves the grain. Fields are grazed after the grain is removed. In both methods of harvest the sheaves are piled or bundled to be collected later for threshing. 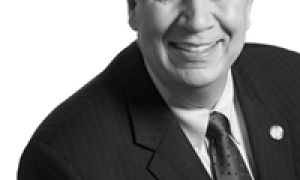 What’s at fault here was regulation, not deregulation.

CRA started with a worthy-sounding goal: to enable low-income persons to buy a home of their own. So long as property values were rising, the risks of putting people in houses they couldn’t afford remained dormant. But the bubble has burst.

Certainly, others deserve to share the blame – but the politicians who say they want to steer our economy to safety are also the group that steered it onto the shoals.

The Bush administration proposed spending 700 billion tax dollars to buy those packages, not knowing which would be good loans and which would be bad – a plan that seems to be collapsing due to opposition in Congress and public outcry.

“Lack of credit history should not be seen as a negative factor”;

27 “The farmer’s workers went to him and said, ‘Sir, the field where you planted that good seed is full of weeds! Where did they come from?’

28 “‘An enemy has done this!’ the farmer exclaimed.

24 Here is another story Jesus told: “The Kingdom of Heaven is like a farmer who planted good seed in his field. 25 But that night as the workers slept, his enemy came and planted weeds among the wheat, then slipped away. 26 When the crop began to grow and produce grain, the weeds also grew.

“‘Should we pull out the weeds?’ they asked.

29 “‘No,’ he replied, ‘you’ll uproot the wheat if you do. 30 Let both grow together until the harvest. Then I will tell the harvesters to sort out the weeds, tie them into bundles, and burn them, and to put the wheat in the barn.’”