Biscotti 2.0 is 60% Indica and grows into stocky plants with good yields of dense and sticky buds. Medium to high yields are expected whether grown indoors or outdoors , with mature buds displaying an olive-green shade. Resin production is very high, which is bound to be of interest to extract/concentrate producers.

Biscotti 2.0 is the result of selectively breeding prime examples of the original Biscotti strain. The objective was to cement and further improve this strain’s many qualities and include greater stability.

Profiles of over-ripe fruit and sugared baked goods taste so dense that they are virtually chewable! The original Biscotti could reach 25% THC content, and it is expected that this could even be exceeded with Biscotti 2.0. The effects will be highly physically relaxing, euphoric, munchie-inducing, and also likely to trigger the giggles.

This sweet strain will remind you of delicious cookies that just came out of the oven with some cranberries and raspberries reminiscences. It also has some citrus tinges where lemon, tangerine and grapefruit. This combination will fill the room with a dense and aromatic smoke.

How to Grow Marijuana Biscotti Seeds

When grown outdoors, this plant can yield up to 500 g per plant once cured and dried and it will be ready to harvest by the end of October. It will easily grow to be at least 2 m tall and has a great resistance to stress, plagues and fungus. This strain requires a high and constant intake of nutrients. We recommend growing it in Mediterranean areas, where the climate is warm and sunny.

Biscotti is one of Apex Seeds best regarded strains. It was created by crossing Larry Bird (named after Boston Celtics legendary basketball player), a cross between GSC The Mint and Gelato, and Florida OG (a great Kush strain). 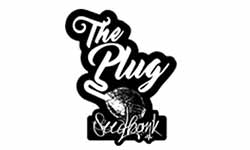 Derived from a selected cross of Biscotti x Biscotti , Biscotti 2.0 seeks to harness all the goodness from the original strain whilst introducing subtle improvements that elevate this strain to the next level.
Legally operating growers are going to see stocky, Indica-type plants producing above average harvests of dense, olive green flower.
This one is a THC powerhouse; the original Biscotti was known to clock-in at around 25% THC and Biscotti 2.0 could easily top that. Strong, almost chewable flavours of overripe fruit and sugary bakery notes make Biscotti 2.0 a real assault on the senses. She’s a 60% Indica, so gardeners in legal areas should expect relaxing body effects, giggly euphoria and a stimulated appetite.

Biscotti 2.0 produces a thick coating of resin towards the end of her bloom phase, making this strain an excellent choice for legal extraction artists.

Biscotti 2.0 cannabis seeds from The Plug Seedbank – an exciting new strain from this emerging, Spanish cannabis seed company that really signals their intentions for 2021.
The Plug Seedbank is the seed company launched by The Plug BCN – an exclusive cannabis café in Barcelona with a cult following. Their 2020 releases really caught the eye of discerning industry types, and this first release this year is a great start.

Biscotti 2.0 is available now from PureSativa in packs of 6 feminised cannabis seeds .