At the top of this desolate mountain was a small, but nicely appointed ranch house. HOW they would have ever gotten heavy machinery and bulldozers up there to construct this place was beyond me. Maybe they’d been airdropped? Who knew, but the operation ran on several electrical generators and the house had its own septic tank. I have no idea where the water came from or how it got there. A sizable plot of pot plants were growing outdoors, but these were cleverly covered from the view of any DEA helicopters by trees. In the basement were two varieties of pot growing under lights that I have never seen anywhere else. One was called “Blue Dragon” and it was cobalt blue and smoked like it was a candy-flavored vapor. Another was apparently a Chinese strain that was dark green and dark red, like Swiss chard meets a Venus Fly Trap. (Sadly I didn’t get to try any of this exotic strain).

The first time I ever got to see a fairly large pot grow in the flesh was about sixteen years ago in Humboldt County. To say that it was out in the boondocks is an understatement. There were nearly no stop signs, let alone traffic lights (or any signs of electricity for that matter) for at least the last 30 minutes of the journey in the flatlands even before we began the uphill leg of the trip. It was the scariest time that I have ever spent in a car—in this case a big Ford Explorer—and the muddy dirt road was littered with the corpses of cars that had not made it over the years, and that had simply been left there. I mean this was scary. 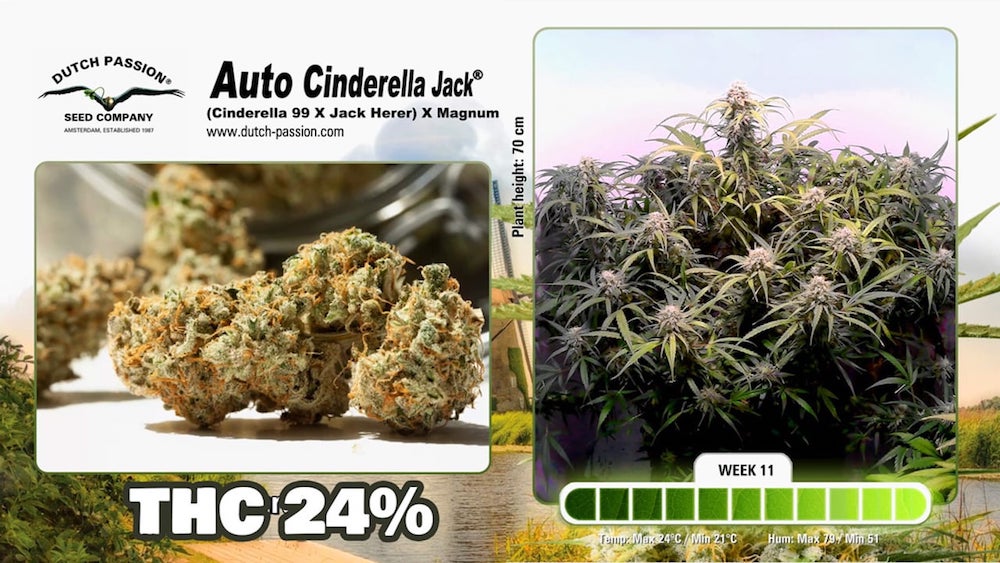 Auto Glueberry OG seeds suit the grower with the space to accommodate her tendency to grow tall and wide. She responds well to LST and training if you need to control her growth. In the right hands this strain is superior to most high-performance photoperiod strains in terms of yield and potency

Auto Blueberry is a real connoisseurs delight. The sweet fruity blueberry taste is complemented by a smooth, powerful and long lasting high. What’s more, she is perhaps the fastest autoflower seed in the Dutch Passion collection. Some phenotypes are ready to harvest just 8-9 weeks after autoflower seed germination. Cannabis cultivation doesn’t get much faster than that!

Time-lapse videos are a great way to show you how the plants grow. Serious growers may also be interested in checking out the full Dutch Passion archive of grow reviews. You can find them here…

Auto Brooklyn Sunrise is a hybrid USA auto strain which takes around 11 weeks to grow from autoflower seed to harvest. The genetics come from a New York elite AK clone combined with Diesel. It’s a powerfully fuel flavoured strain with a fast acting and hugely pleasurable high.

It isn’t recommended to top/FIM this auto since you will lose out on the colossal main bloom. When harvesting, we recommend waiting for a few more amber trichomes than usual. This allows the buds to really deliver their very best high!