Your weed might be gnarlier than you think. So what’s an eco-conscious stoner to do?

On a recent Saturday afternoon, I accompanied Van Hook, a balding, soft-spoken, 54-year-old, on an inspection of an indoor cannabis growing operation in a house deep in a Northern California redwood forest. He’d asked that I not reveal the name and location of the grower, a fit, clean-cut young father whose day job involves corporate leadership training. It had been about a year since Van Hook had certified his grow-op; just as USDA organic standards require, it was now up for its annual re-inspection.

In practice, medical marijuana is typically greener than pot from your curbside drug dealer, which is often sourced through Mexican cartels or illegal grows in national forests. But the distinction pretty much stops there. Grown under the radar of state and federal agricultural authorities, even “medical” cannabis can be covered in toxic mold, raised in rooms filled with shedding pit bulls, or coated in commercial-grade synthetic fertilizers and insecticides such as phosphate and Diazinon, which can be especially toxic if improperly applied. “Under our program a huge advantage is the patient can be assured that their cannabis is being grown in a legally compliant manner,” says Van Hook. Well, at least “legally compliant” enough for any eco-conscious stoner. 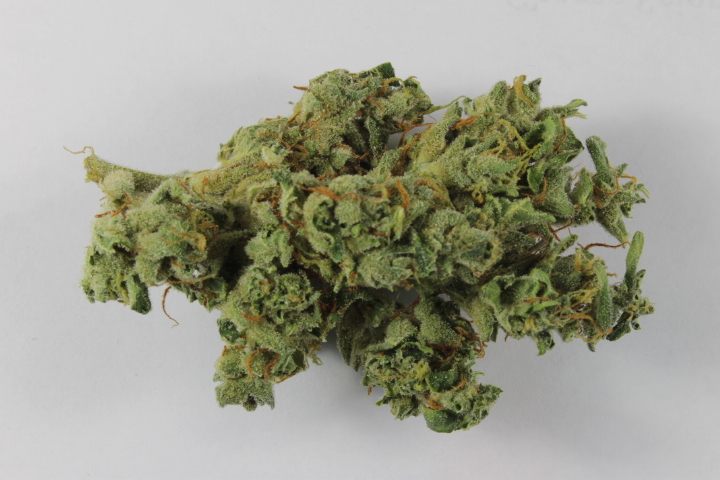 At the top of that list would be chemical contaminants in products such as concentrates, like the hard, amber-colored Shatter, which contains more than 90 percent THC, LaFrate suggests. Concentrates and edibles (think brownies) make up perhaps half of the current Colorado market. Their makers sometimes suggest that their chosen products are healthier than standard weed because they don’t involve frequent smoking. But some manufacturers employ potentially harmful compounds like butane to strip the plant of most everything but THC. Tests also show that marijuana plants can draw in heavy metals from the soil in which they are grown, and concentrating THC can increase the amounts of heavy metals, pesticides or other substances that end up in a product. That means regulations for their production still need to be hammered out, LaFrate says.

“I’ve heard a lot of complaints from medical patients because somebody claims that a product has a high level of CBD, and it turns out that it actually doesn’t,” LaFrate says. Colorado also does not yet require testing of marijuana for contaminants. Washington, the second state to legalize recreational marijuana, does require such testing for microbial agents like E. coli, salmonella and yeast mold, and officials there rejected about 13 percent of the marijuana products offered for sale in 2014.

Those thinking that stronger pot is always better pot might think again. Breeding for more powerful marijuana has led to the virtual absence of cannabidol (CBD), a compound being investigated for treatments to a range of ills, from anxiety and depression to schizophrenia, Huntington’s disease and Alzheimer’s. Much of the commercially available marijuana LaFrate’s lab tested packs very little of this particular cannabinoid. “A lot of the time it’s below the detection level of our equipment, or it’s there at a very low concentration that we just categorize as a trace amount,” he says. Consumers specifically seeking medical benefits from cannabis-derived oils or other products may have a tough time determining how much, if any, CBD they contain, because Colorado doesn’t currently require testing.

In Colorado, which made marijuana legal in November 2012, the latest results show that the pot lining store shelves is much more potent than the weed of 30 years ago. But the boost in power comes at a cost—modern marijuana mostly lacks the components touted as beneficial by medical marijuana advocates, and it is often contaminated with fungi, pesticides and heavy metals.

LaFrate says he’s been surprised at just how strong most of today’s marijuana has become. His group has tested more than 600 strains of marijuana from dozens of producers. Potency tests, the only ones Colorado currently requires, looked at tetrahydrocannabinol (THC), the psychoactive compound that produces the plant’s famous high. They found that modern weed contains THC levels of 18 to 30 percent—double to triple the levels that were common in buds from the 1980s. That’s because growers have cross-bred plants over the years to create more powerful strains, which today tout colorful names like Bruce Banner, Skunkberry and Blue Cookies.

“There’s a stereotype, a hippy kind of mentality, that leads people to assume that growers are using natural cultivation methods and growing organically,” says Andy LaFrate, founder of Charas Scientific, one of eight Colorado labs certified to test cannabis. “That’s not necessarily the case at all.” LaFrate presented his results this week at a meeting of the American Chemical Society (ACS) in Denver.

Medical and recreational marijuana use is increasingly legal—but do consumers know what they’re smoking?

“People use all kinds of different methods to produce concentrates,” LaFrate says. “They allow people to use rubbing alcohol and heptane. But what grade of solvents are they using? Are they buying heptane on eBay, and if so, what exactly is in there? There are a whole bunch of issues to figure out, and right now there are not enough resources and really no watchdog.”

Marijuana buds are often two to three times as potent as they were 30 years ago. Charas Scientific

As the cannabis industry continues to evolve, the client-base is evolving with it. The typical cannabis consumers are shifting from the “Cheech & Chong” persona of buying an eighth of anything, into educated, discerning cannabis connoisseurs who demand more from their growers and dispensaries. Many consumers are looking to the marijuana industry to resolve health issues and they are becoming increasingly health-aware, chemical-aware, and cannabis intelligent. This kind of consumer influence in the cannabis industry creates pressure to maintain certain standards for clean, chemical-free products.

The toxic effects of abamectin after oral ingestions include altered mental status, respiratory failure, and hypotension.

The State of Colorado defines what pesticide products are safe to use during the cultivation of marijuana. Currently there are more than 300 different fungicides, insecticides, and miticides allowed for use in the cannabis industry. Although that may seem like a very high number, there are more than 12,000 available pesticides in the state.

Just like any other agriculture industry, the chemicals which commercial cannabis growers use while growing cannabis intended for human consumption must be carefully regulated. In Colorado, reporters at the Cannabist helped bring this problem to light 2015 when they independently tested cannabis concentrate products only to find excessive amounts of residual pesticides in the products they were consuming. Their investigation ultimately l ed to mass changes and new rules in the testing process of cannabis pro ducts.

Between October of 2015 and December 2016, a total of 52 product recalls took place according to the updated list on the Cannabist, with 36 in 2016 alone. However, it appears the numbers are on the decline in 2017 with only 7 recalls for the year so far: