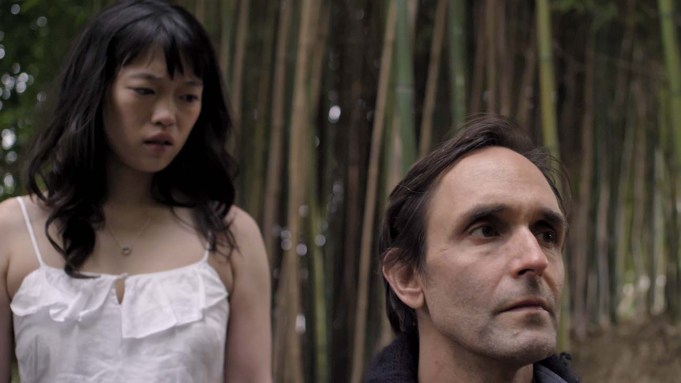 After an intriguing prologue involving the murder of a scantily clad young woman wearing butterfly wings, the main story begins with the arrival of said murderer, Marcus (Long), at his family’s palatial New England beachside estate. He’s hoping for solitude, but must change his plans when his brother (Chris McGarry) arrives unexpectedly and asks Marcus to care for his teenage daughter, Lily (Andrea Chen), and her younger brother, Spencer (Garr Long), while he works out marital issues.

This sets the scene for slowly simmering erotic tensions between the pill-popping, clearly troubled Marcus and his nubile young niece, who seems determined to seduce him. That’s about it for the plot, with the film devolving into repetitive scenes involving Marcus’ disturbing interactions, some real and some imagined, with Lily. Meanwhile, his psychological deterioration is mirrored by physical manifestations of a giant spider, which at one point wraps its legs around Lily, and a tentacled creature that seems to be growing. The latter is foreshadowed in an early scene on the beach, where Lily picks up a seashell that contains a tiny animal that quickly withdraws its tentacles.

Metaphors abound, including the house being afflicted with bad electrical wiring that correlates with the lead character’s faulty mental processes. Needless to say, it’s not at all surprising when an elderly supporting character goes into the basement to check it out and meets an untimely end. 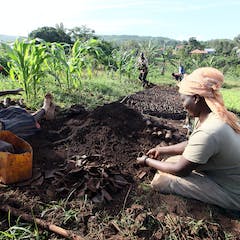 Curious Kids: where did the first seed come from?

Professor at Department of Biological Sciences, University of Cape Town