A cannabis leaf and a bottle of hemp oil

At the time, hemp was invaluable to a naval force. The strength of the rope produced by hemp came in handy aboard ships and as such, it was one of the most important crops that could be grown in a country that had an active navy.

According to the Washington Post it is true that George Washington grew hemp in abundance, especially on one plot of land he called Muddy Hole. The Huffington Post goes on to say that in his farm journal of August 7, 1765, Washington notes that he “began to separate the male from the female hemp… rather too late.” Thomas Jefferson wrote that hemp “is abundantly productive and will grow for ever on the same spot.” Hemp was a popular plant at that time and had tremendous value for many industrial applications. At times Virginia farmers even had to pay to grow it. Hemp strains were utilized for making rope, creating canvas and even being spun into clothing.

The marijuana legalization debate goes on within America, with both sides working diligently to achieve their own goals. Prohibitionists try to point to potential harmful effects that the plant can have on both the body and the population, while legalization supporters try to argue for its merits and health benefits.

Over the years, hemp would come to be seen as an important part of American production. While they were part of the British colonies, it was seen as necessary to aid the strength of their navy. After the United States gained independence, hemp was still primarily seen as a valuable crop and the government encouraged its growth.

Oil from the seeds was used to create things like paints or varnishes. Overall, the plant was primarily looked at as a cash crop for all of its uses.

First President of the United States George Washington, one of the Founding Fathers known to have grown hemp prior to prohibition.

“Early letters from our founding fathers often refer to the pleasures of hemp smoking,” said Dr. Burke. There are even references to it in the Congressional Records. Marijuana never became a commercial industry because the plant was too easy to grow.

Thomas Jefferson and George Washington often corresponded about the virtues of smoking hemp and are said to have traded parcels of it as gestures of friendship.

George Washington, James Madison, and Thomas Jefferson all cultivated weed on their plantations. George Washington is said to have preferred a good pipeful of the “leaves of hemp” to any alcoholic drink.

Dr. Burke, president of the American Historical Reference Society and consultant for the Smithsonian Institute, included the following U. S. presidents as marijuana users:

Weed was common among tobacco growers, for when it was mixed with tobacco, it gave a mild intoxicating effect. The leaves and resins (hashish) were used to season food and as medicine.

James Monroe, creator of the Monroe Doctrine, smoked both grass and hashish. Madison brought back the habit of smoking hashish from France and continued smoking till he was 73. 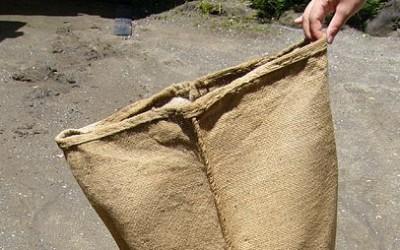 George Washington’s initial interest in hemp was as a cash crop. After deciding not to cultivate it as a cash crop, Washington grew it to meet the needs of his own plantation. Hemp was used at Mount Vernon for rope, thread for sewing sacks, canvas, and for repairing the seine nets used at the fisheries. Washington’s diaries and farm reports indicate that hemp grew at all five farms which made up Mount Vernon, (Mansion House, River Farm, Dogue Run Farm, Muddy Hole Farm, and Union Farm).

Cutaway of the hemp stalk

Washington’s Use of Hemp

At one point in the 1760’s Washington considered whether hemp would be a more lucrative cash crop than tobacco but determined wheat was a better alternative.

Fabric made from hemp