We acquired our seeds directly from the original grower in the UK and grew these out two years ago. The Dragon’s Breath pepper is named for the symbol of Wales – the Welsh dragon. It is believed to be the unofficial world’s hottest pepper with a reported peak heat of 2.48 million Scoville heat units. Is it myth or reality? We cannot prove either and no official tests have been performed to back up these claims but I can tell you from firsthand experience this pepper is one of the hottest we have grown. The smell and pungency of the capsaicin knocks you down when the chili is cut into as the capsaicin oil pours out. 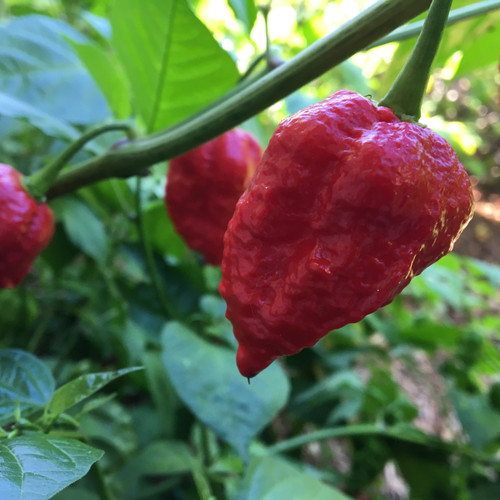 The Dragon’s Breath is currently in the conversation as a possible contender for being named the world’s hottest pepper as the unofficial testing of the peppers heat level came in at approximately 2,480,000 Scoville Heat Units. The current hottest pepper in the world, according to Guinness World Records, is the Carolina Reaper.

20 seeds for dragons breath seeds is a great deal. totally worth it. 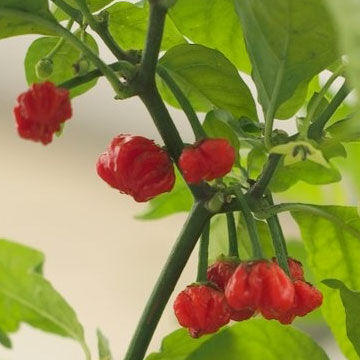 Fertilizer: As the peppers develop, switch over to a fertilizer higher in Phosphorous and Potassium. Gardeners often make the mistake of providing too much nitrogen. The result is a great looking bushy, green plant, but few fruit.

Tips: Peppers are self pollinators. Occasionally, they will cross pollinate from pollen carried by bees or other insects. To minimize this possibility, don’t plant hot and sweet peppers too close. Don’t worry though, as it will not affect the fruit of this year’s crop. The cross will show up in the genetics of the seeds, if you save them.

"Agriculture and seeds" provide the basis upon which our lives depend. We must protect this foundation as a safe and genetically stable source for future generations. For the benefit of all farmers, gardeners and consumers who want an alternative, we pledge that we do not knowingly buy or sell genetically engineered seeds or plants.

Watering: Keep the soil evenly moist; especially when the fruits are developing, peppers need about an inch of water a week.