In terms of taste, dill weed can be used fresh or when dry. When fresh, it can be mixed with cheese or soup. The weed/leaves taste like a mix of lemon, parsley, and a sprinkling of anise. In contrast, dill seeds taste different. They taste like caraway. So dill weed and dill seed taste different despite coming from the same plant.

The definition of dill 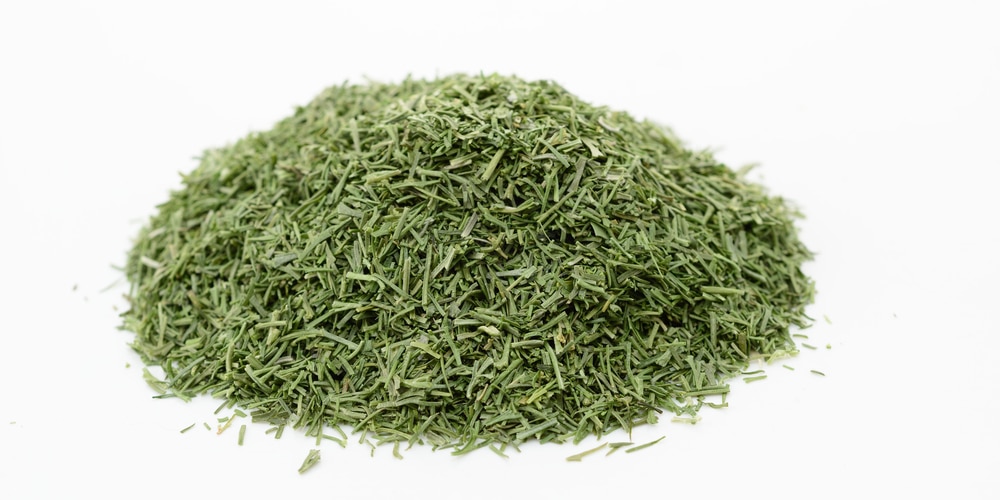 If you have dill weed in your garden, you can harvest it using a knife or pair of scissors. Cut off a few leaves and then leave the rest of the plant to continue growing. Ensure you make a clean cut when collecting leaves. The leaves can then be washed and cut up to be used for cooking.

In Ancient Egypt, dill was used as an aphrodisiac. It was also said to scare away witches. While in ancient Greece, people saw dill as a symbol of wealth, and those who had it growing near their homes were expected to prosper.

If you often use dill in your cooking, you may like to freeze some at the beginning of summer before the plant goes to flower and becomes bitter. To do so, you’ll need to chop the leaves finely or use a food processor to pulverize. Add some water to form a paste. The paste can then be put into an ice cube tray and frozen. Once the paste is totally frozen, you can remove the ice cubes and keep them in a freezer-proof bag until you need to use them. Here are the best practices when harvesting dill.

How to Harvest and Store Fresh Dill Weed

Dill is very popular with seafood and tastes excellent alongside salmon. It can also be added to white sauce, eaten with eggs, and flavor potato salad. It’s also added to ranch dressing in the states.

Dill is also proven to have antibacterial properties and is a natural way to freshen your breath. You can chew on some dill seeds as a natural, sugar-free breath freshener.

Dill leaves are best collected fresh for each recipe. However, you can also keep dill weed for a day or two after harvesting. Wrap the doll in plastic wrap and keep it in the fridge. Dill that has been kept too long will wilt and become mushy.

Dill can also provide health benefits for those with high cholesterol or blood sugar as it can help lower these levels.

Dill leaves can be used either fresh or dried. They belong to the same herb family as many common herbs such as caraway, anise, fennel, and cumin. Dill has a slightly buttery taste and also tastes grassy. Hints of lemon and anise are often tasted in the herb. Dill weeds can be harvested from your garden throughout the growing season, from spring to early summer.