On the other hand, every photoperiod strains (elite clones) of the Sweet Seeds® bank of mothers that we use to produce F1 Fast Version® strains are homozygotic for the dominant character that expresses the photoperiod-dependent flowering. They are (FF) as they have received a (F) gene from the father and another one from the mother and this is something that we can deduce from the analysis of the offspring of these clones.

This is one of the most important advantages of F1 Fast Version® genetics. This advantage can be a particular benefit for outdoor growers from humid and rainy areas, high mountain zones or regions with harsh winters. Fast-flowering marihuana plants can anticipate harvest to the most virulent season of fungus attacks, that decimate the buds in long time flowering plants. It also allows for an anticipation to the arrival of bad weather and the cold. These genetics are ready to harvest between late August and early September in the Northern Hemisphere. Late February to early March in the South Hemisphere.

Due to their fast flowering, these strains are very appropriate for growing in humid and rainy zones, in high mountains or regions with cold winters. In these areas that are especially sensitive to fungus attacks, these strains are very adequate because they manage to anticipate harvest to the season when the most virulent botrytis (grey mold) attacks, decimating the buds of the plants that feature longer flowering periods.

At Sweet Seeds® we have been one of the feminized marihuana seed banks pioneer in the development of autoflowering genetics. And the first seed bank in the world to offer F1 Fast Version® genetics to cannabis growers.

Keeping photoperiod-dependent plants with a vegetative photoperiod, for as long as we wish, we can control the height and size of the plants to obtain big sized plants and high production of buds. In outdoor growing, this allows us to get enough stock for our annual consumption with just a few plants. In the same way, controlling the photoperiod in order to induce the flowering without any vegetative growth, we can obtain the opposite effect: small and discreet plants with a fast life cycle. To plan the desired height in advance, we will have to take in consideration that, depending on the strain, the plants may double or even quadruple the height presented in the beginning of the flowering stage or since we start the change in the photoperiod in indoor grows.

Around the year of 2007 at Sweet Seeds® we started our programs to introduce the autoflowering gene in our most appreciated elite clones, with the final goal of obtaining equally exquisite genetics but in autoflowering version. 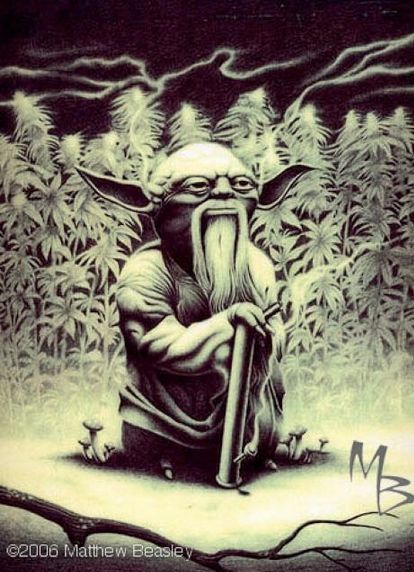 In addition to F1 and F2 seeds, there are also S1 seeds. The “S” in this case refers to “self” or “selfed”, meaning that these seeds will be selfed-generation. They do not need a male plant for pollen but rather, the female plant is reversed so that pollen can be collected. The pollen will then be used to pollinate the mother plant or a clone of the mother to get S1 seeds. Males can be selfed as well, but in both cases it’s a complex process that requires great focus from even the most experienced breeders.

The terms “F1” “F2” and “S1” are some of the first that beginner breeders will come across. They refer to outbreeding, or producing hybrid seeds, which is the practice of cross-breeding two plants that originally have completely different genetics. In order to do so, two stable parents must be chosen so the pollen from the male can be used to fertilize the female.

Once someone has become a master grower, they can then work towards being a master breeder. While growers are simply taking seeds and growing them into beautiful plants, they are growing something that nature, or someone else, has actually created. However, when one becomes a breeder, they get to truly play god by breeding different strains together, making seeds, and even making their very own strain. In order to do so, one has to first have a good grasp on things science, genetics, and how cannabis plants work to make seeds, to make bud, and how different plants work together.

This will result in the hybrid seeds the breeders are after, and they’re known as “F1” seeds, or first generation seeds. F1 seeds will be the most stable of any seeds that follow it in future generations, and those generations will be known as “F2” seeds, “F3” seeds, and so forth as more seeds are made. However, F1 seeds are the most sought after by breeders because they grow about 25 percent faster, and they grow larger and with more vigor that subsequent generations.

Breeding can be even more exciting than growing because it’s a chance to really make your own strain and create something that will highlight your preferences. Breeding can be a complicated matter, however. Start by understanding some of the basic terminology, and what’s needed to create a stable strain, and you’ll be well on your way to your own.