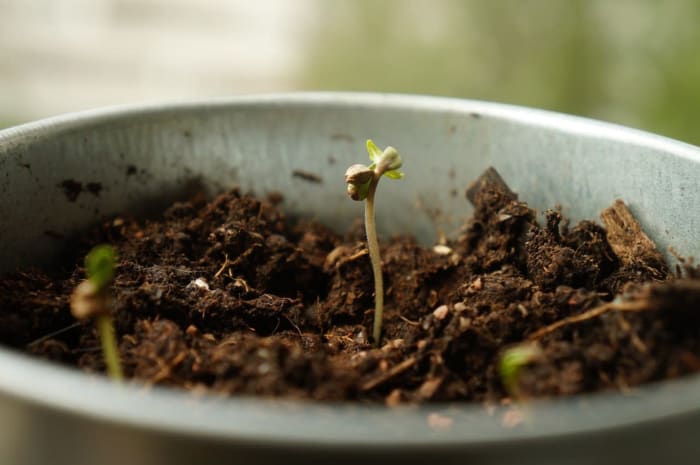 Germination is the very first stage of any plant growth. It is when the seed “realizes” that it is in a fertile environment and can start breaking out of its shell. A seedling will break through the shell, resulting in the growth of roots. The fertile environment helps the plant grow and feed off the light, water and nutrients in the environment. In the cannabis world, germination is a very important process. It is very important for the seed to pop out properly. There are different things that cultivators do to ensure that the seed germinates successfully.

How to Germinate Cannabis Seeds

The germination process in this method takes up to 5 days to happen. The seeds will start sprouting in the paper towels and once the roots grow up to 5 millimeters in length, you can plant them. However, you must be very careful when planting them. They can easily break, as the roots are very fragile. It is possible for the roots to be tangled in the paper towels and break off. This is why it is best if you are extra gentle when handling them – the best way is to use a pair of sterile tweezers.

Germination of Cannabis Seeds in Water

You can go for potting soil that is only lightly fertilized or you can also go for a seed starter that has a pH level 6 or slightly more acidic. The acidity in the soil is the optimal environment for the growth of the seed. Be careful, excess of everything is bad, and “hot soils” that are very rich in nutrients aren’t suitable for germination and seedlings – leave this type of medium for mature plants.

The fate of weed seeds in the soil has been an area of much research in recent years. Most studies have focused on the seeds that successfully produce seedlings since these are the seeds that cause immediate problems for farmers. In most studies, annual emergence typically accounts for 1 to 30% of the weed seed in the soil. Thus, the majority of seeds found in the soil seed bank fail to produce seedlings in any given year. The fate of seeds that fail to germinate and emerge is poorly understood. While some of these seeds are simply dormant and will remain viable until the following year, others are lost due to decay or consumed by insects or small animals. This article will describe results of an experiment that monitored the fate of seeds for the first four years following introduction into the soil.

The results indicate that the seed bank of giant foxtail and woolly cupgrass should be able to be depleted much quicker than that of the two broadleaves. Maintaining a high level of weed control for two years should greatly diminish populations of these weeds in future years and simplify weed management. Unfortunately, a single plant escaping control can produce more seed than was introduced to the soil in these experiments, thus the seed bank can be rapidly replenished any time weed control practices fail to provide complete control. Finally, over 50% of velvetleaf and waterhemp seed was lost in the first two years following burial. However, significant numbers of seed of these species remained four years after burial. This will make populations of these two species more stable over time than those of woolly cupgrass and giant foxtail.