Trials in the VIR, St. Petersburg.

The history of hemp cultivation in Russia gives the evidence that low positive temperature is not a limiting factor for this crop cultivation. The main cultivation areas were in Central Russia. But in the North of the country hemp has been cultivated near the Northern Border of Agriculture (66° N, approx.): from Arkhangelsk the northern limit of hemp-cultivation was extended to Mezen, then reached Pechora River (Ust-Tsilma), to Tobolsk Province, Surgut (61° 17’N). Hemp has been cultivated on the Kolyma River (Verhnekolymsk- 65° N, 153° E) [5]. Thus, its possible to discover cold-resistant, early-maturing landraces, well-adapted to severe cold climate with low temperatures in spring-time and short summer within the Cannabis sativa species, which are extremely desirable for breeding.

In contrast to many crops, seeds of hemp could germinate under condition of +1° – +2° C. It’s reported [4], that under periodically changing temperatures seeds of hemp could germinate faster, in contrast to conditions of constant temperatures. Germinated seeds can withstand frosts up to -5°, -1° C for a period of two weeks, and up to -15° C for 24 hours without damage, but the frost of -5° C during the period of initial growth of young roots and hypocotyl has a depressing influence. Extremely negative influence of low temperatures on germination was registered under conditions of high humidity of soil. Plants in stage from seedlings up to budding easily tolerate frosts about -7° C. But, by the stage of flowering and later low extended temperatures delay the growth of hemp, and easy frost stop it.

The traits of cold-resistance and earliness are closely connected with early harvesting and could significantly reduce the yield losses. The best time for seed-harvesting is the stage of maturity of seeds in the middle of the female plant inflorescence [table]. At this stage of seed maturation the stem of female plants loses the main part of leaves, but seeds don’t shatter. The growth of fiber stops and it reaches the highest strength in stem [6].

The development of a hemp plant depends much on the duration of day-light. According to nature of hemp in Central Russia, the growth of plants begins in May, when daylength is above 15 hours. Under the conditions, when the day-light duration becomes longer and longer from May to June, plants grow very intensively. The height of stems is increasing. The yield of hemp-straw is getting high accordingly. The conclusion is that hemp must be sown as early as possible in spring, at the same time with cereals. Traditionally, the beginning of hemp sowing is May 14 in Central Russia , when the temperature of air reaches +12° – +16° C and of soil – +7° – +9° C. In light, mellow soil, sowing is earlier unlike to heavy, wet soil.

Hemp may be cultivated as a winter-crop. According to previous trials [5], in Central and Southern Russia, seeds sown in autumn winter in swollen or in semi-germinated state. Plants performed extremely well in terms of height, yield, resistance to pests and droughts during next spring and summer. There is enough of water in soil and many afflicting pests are absent in this period.

The study of cold-resistance in hemp, selection of resistant accessions could play an important role in increasing significantly yields of the crop by means of sowing hemp in early spring time and extending the cultivating areas of hemp both to the North and South of the Planet . 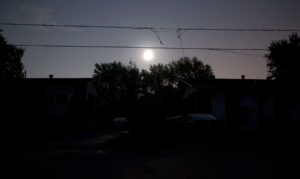 I live in California but it gets cold in the winter and our home doesn’t have any built-in heating. At night the temperature can drop to 40°F (4°C) or occasionally even lower. We keep warm with space heaters in the living areas, but I prefer not to run a heater just for the grow room. That’s why in the winter I often grow with my HPS grow light. As a bonus, you get insane yields and potency from an HPS grow light in a cool grow area. HPS is a superior light when the temperature stays consistently under 75°F (24°C). I set the “night period” to be during the day and have the lights turn on at night when it gets cold so plants stay warm and happy.

Keep roots warm and up off the cold floor 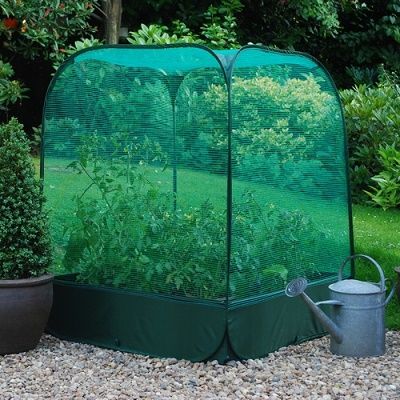 It is a great producer outdoors, due to its size, and a good choice for high altitude mountain areas, where cold nights give it attractive colours…

It is precisely from these places from where provide some of the most suitable seeds to grow in cold climates or in cold seasons, understanding the cold, as we have said, climate conditions with temperatures below 10 degrees, does not mean continuous frosts.

Protect from cold to our marijuana plant

For a long time and specifically in countries where it is not particularly cold all year round, as is the case in most European countries, a large number of marijuana growers devote to this task in the less hostile months of the year, i. e. those that range from April-May (germination and transplantation of seedlings and cuttings) to September-October (harvest), approximately, which is the time of outdoor harvest. The rest of the year, they devote to enjoying the production and prepare the next harvests.

The best varieties for cold climates

-Try a greenhouse in the garden: Better an outdoor crop in glass greenhouse. This is the main recommendation to be taken into account when you decide to grow marijuana in winter, as this increases the size of the vegetal mass and is less likely to be invaded by pests. Humidity is also well controlled in this way, as plants are not exposed to the rainfall regime.

-The photoperiod is ideal for flowering: This means that our plant will start to bloom almost immediately. The best thing you can do is to grow the plants indoor until they reach a suitable vegetable mass, and then take them out to the garden (outdoor). The change to the natural photoperiod will do the rest. Do not forget to place the plants outdoors so that they have direct sunlight all day long.

Actually, the problem is not the cold. It is true that the cold slows everything down, but the important thing is that it is cold, among other things, because the solar radiation is not so intense, and because of the scarce number of sunlight hours (photoperiod).

As you can see, it is also possible to grow high-yield cannabis under “unsuitable” conditions. Simply select the seeds carefully and take special care with the plant.

-If we use indoor lighting: Continuing with the previous point, and if we want to enlarge the photoperiod of the plant with the purpose of promoting its growth, we will have to use indoor lighting, as for example, LEC. In PEV Grow you can find a wide range of lighting equipment to help you getting the best results.