If it’s not built for psychoactive properties then it must be made for medicinal use, right? Unfortunately, even its CBD levels can’t save it. As a strain, it’s not well looked after or developed enough to be used as an effective treatment for many ailments. That’s not to say it won’t help at all, but they are many more strains such as Harlequin which will produce a much better effect.

It can ease you into smoking without you having to try the more intimidating and powerful strains like Purple Kush. At least it’s a strain you can only move up from.

But one thing everyone seems to be able to agree on is how terrible reggie weed is.

What Effects Will You Experience?

Normally, with high-quality strains like Candy Kush, there will be a mass of trichomes. These are the attractive crystals or frost that form on the buds. These trichomes are also the source of all the cannabinoids and terpenes in your cannabis, so with little visible, you can expect a very mellow high. High-quality strains should have quite an appealing bright green color unless they have been genetically modified.

Smell can be a huge factor when determining what strain is right for you, some people prefer hard-hitting smells like Platinum Bubba Kush. This strain has a very floral and spicy scent, which many people love. Not all high-quality strains will have a great smell but typically if they lack in scent, they make up for in either taste or effect. Unfortunately, this cannot be said for Reggie weed, it’s not what attracts potential buyers. The strain is often described as having a mild skunky or dry hay smell. While it’s not terrible, there’s nothing alluring about it either.

It’s no wonder strain connoisseurs are increasingly frustrated with Reggie; it lacks any imagination or excitement, whether that be in the high, taste, or smell. There are plenty of other varieties that can give you a great high or medicinal aid.

When Is Reggie Weed a Good Idea?

When growing indoors you can regulate moisture levels, sunlight and temperature to create a high-quality variation. Often, growers will give little attention to developing the plant and simply leave it alone until it produces a decent amount of leaves, which is often not many.

Regarded as the black sheep of the family, this strain will not keep you coming back for more, but how did it land such a bad reputation? Let’s have a look at its characteristics compared to a typical top-shelf strain as well as a Reggie weed definition.

You can control the timing if you plan ahead.

How to grow marijuana as quickly as possible: 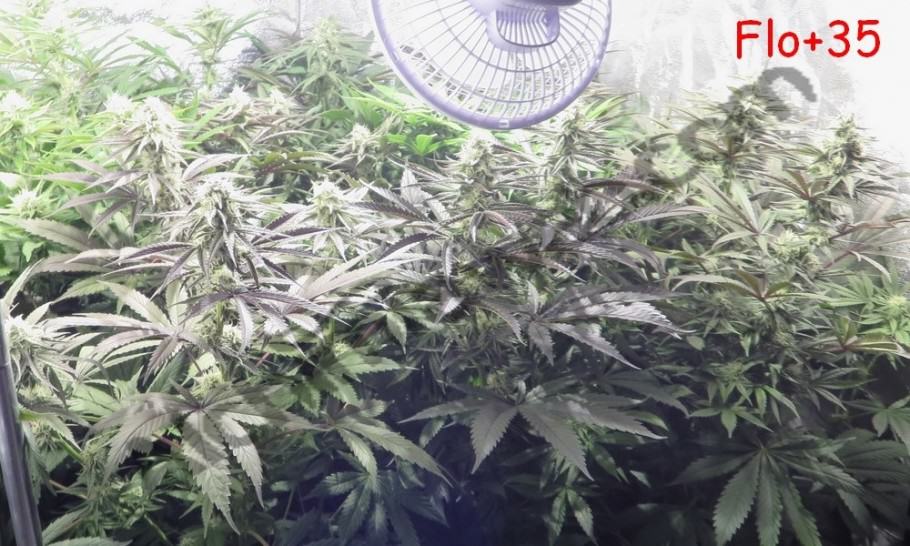 During the second week of growth, we stimulate the vigour of the plants spraying 5 ml/L of Delta 9 from Cannabiogen, a product rich in vitamins, amino acids and nutrients. After around 15 days since the beginning of the plants life, we start adding growth fertiliser (Bio Thrive) to the nutrient solution, gradually increasing the dose while looking for nutrient excesses.

At this moment, the Conspiracy Kush plants from TGA develop beautiful bluish colors favoured by the low temperatures during the night periods. We keep on using our feeding schedule and any plant shows symptoms of deficiencies during this stage, in which the buds fatten up day by day.

Flushing the roots of cannabis plants (7th and 8th weeks)

While marijuana plants are normally very vigorous and very resistant during the flowering period, this is a crucial moment for them and the grower should take care of their needs properly: if you don’t look after your plants during this stage, you will take the risk of creating a jungle very difficult to control once in full bloom, especially when working with different genetics.