Timing the harvest is an art form in and of itself, though the general rule of thumb is on or around the Fall Equinox. Aside from brown pistils, a close inspection of the trichomes is helpful. Generally, growers look for trichomes that have an amber hue to them. When the plant is ready to harvest you’ll probably also see the fan leaves starting to yellow, curl, and dry out.

If you aren’t working with exclusively female plants, you’ll need to get rid of the males before they have a chance to pollinate the females (and wreck your harvest). “Even feminized seeds can have up to 10% males in the mix so it’s important to inspect your plants every day as they start to show their sex. Also important to note is that a stressed female plant can produce male branches or ‘hermaphrodites’, so even if you know she’s a girl, you have to check daily,” advised Sara Rotman, a veteran grower and founder of Wellfounded Botanicals.

Of course, you could always grow your plants in pots or containers. Lots of outdoor growers elect to use pots and other containers, and they offer the added benefit of being able to bring the plants out during the day and inside if nights tend to be cold.

Like any farmer or gardener, cannabis farmers and gardeners typically get their plants in the ground as soon as the weather is warm enough and the days are long enough.

Use a grow journal. Tracking the details of your grow efforts, from germination to final cure, will help you become a better cannabis-plant parent. When it’s time for a new season, reviewing the successes and failures from the last crop will make your thumb greener — not to mention improve the quality and quantity of your final harvest. There are lots of ready-made cannabis grow journals out there, but really all you need is a pad of paper and an eye for detail.

Speaking of life cycles, let’s talk about the plant’s stages of growth and development. This is where we see the importance of timing once more, since outdoor cannabis growers try to map out the growing season and find the sweet spot for optimal plant development.

The vegetative stage is when the plant’s growth will really take off. For several weeks, it will grow more foliage, reaching ever upwards to that glorious summer sun.

This, of course, varies by region. Farmers in California enjoy generally warmer growing seasons and can plant outside earlier while also harvesting later than, say, New York, whose growing season is shorter on both ends. Regardless of where you’re growing, the main goal is to time planting for maximum light during the summer and maximum growth before fall sets in. 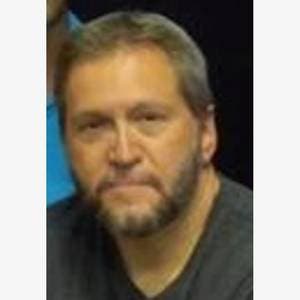 We've got just the right amount of sunshine and rainfall to grow weed, according to a new survey.

They ranked the cities based on the average number of sunny days, precipitation and high temperatures; population density (you probably don’t want your neighbors or anyone else to know about it); legalization of medical and recreational marijuana; and the seizure of marijuana plants grown outdoors.

Find out what's happening in Midtown with free, real-time updates from Patch.

Legal sales of marijuana reached $5.7 billion in 2015, up from $4.6 billion the previous year, according to a report from ArcView Market Research. For 2016, the market is projected to grow to $7.1 billion. And by 2020, ArcView says, sales of legal marijuana in the U.S. could top $22 billion.