Unlike Cannabis Which Has Thick Stems and Always Points Itself Up

The topsy-turvy is a growing system that is meant to suspend the plant upside down. Though the idea is novel for tomatoes, it hasn’t been proven to make them grow any faster.

Growing Cannabis with the Topsy Turvy

So instead of growing down in the topsy turvy, it’ll grow back up, leaving you with a lot of bare stem. This video is one of the best examples of the topsy turvy I’ve seen.

The largest problem you’ll run into while growing cannabis in the topsy turvy is that the device is meant for vined plants with hanging fruits. Tomato plants will fall to the ground unless they have something to grab onto. Cannabis makes a strong main stem and can stand itself up.

Conclusion: Topsy Turvy is NOT a Good Choice For Growing Weed!

However, as you can see, it takes up just as much space as a regulat pot, this one drips, and the yields aren’t nearly impressive enough to warrant the trouble. 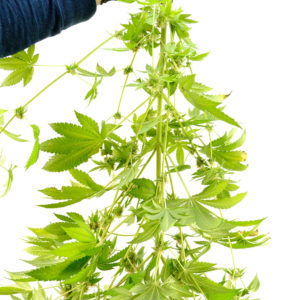 Generally, coco fiber doesn’t drip that much. You can always use cork or rubber hydroponic plugs, or a different soil mix that holds more water.

You would water and fertilize as normally, but using a slow-drip irrigation system might make the whole process easier. Those with a lot of height to spare could just use a ladder to stand and water the plants as normal, so it’s no biggie.

One of the best soils for these inverted operations is Coir, also known as coconut fiber. You don’t actually require many marijuana growing tools for this operation.

Bear in mind that this setup requires a lot of work, and a bit of fear. But it looks good nonetheless, and it might be the only way some can get their operation started. 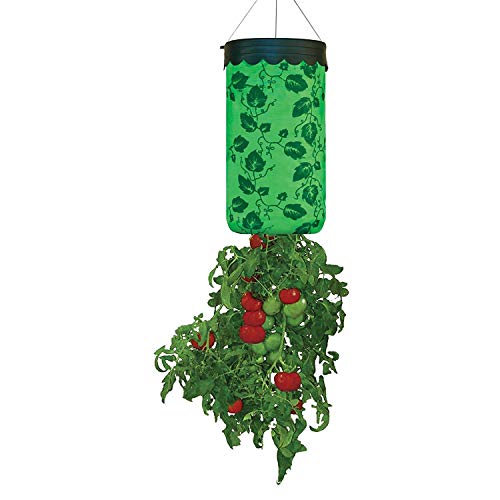 Read on, and you’ll find out.

The Topsy, which is shown below, is made from a plastic bag, with a hole on the bottom and wire hanging loops at the top. It is easy to use as all you must do is the following:

The only time I would consider to grow weed upside down would is when space is limited, and you are wanting to keep your growing operation a secret.

Limits Of the Consumer Reports Review