Hindu Kush has long been a favourite smoking strain as well as a great breeding plant. Sensi used it to create its Skunk Kush and its genetics also feature in the award-winning OG Kush marijuana strain.

Indoors it remains a small, compact plant with average yields which can be improved by vegging the plant a little longer than usual. Flowering time is between 45 – 50 days. Its main, central stem produces a large, dense cola with smaller lateral branches making it ideal for Sea of Green. Planted directly in the soil outdoors in warm, sunny, Mediterranean-type climates Hindu Kush can grow to quite an impressive size with much higher yields.

Hindu Kush is a pure indica plant originating from the mountain region of the same name which borders Afghanistan, Pakistan and northern India. Here it evolved to be a compact, hardy strain with a very fast flowering time and a good resistance to both mould and plant diseases. In answer to the harsh natural conditions in its home environment it produces high numbers of resin-producing trichomes. 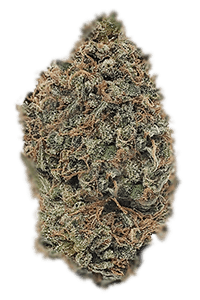 Landrace strains are extraordinarily resistant to pests and mold — Hindu Kush seeds are no different. Expect them to maintain resilience against common cannabis plant diseases.

Like mythical jewels from the One Thousand and One Nights, Hindu Kush buds shine with magnificence thanks to a trichome-studded crust that encapsulates the entire flower.

The sheer brilliance of its thick resinous outer layer protects the flower from the elements, but it also locks in flavor, an unmistakable sandalwood aroma, and a rock-hard bud that forms in outsized obtuse cola shapes.

The plants grown from the Hindu Kush Feminized seeds are compact and short and have a flowering period of about 45-55 days. Its branches are thick and short and thus support very well the weight of its numerous buds. They are highly popular among the beginners, not only thanks to their productivity but also thanks to the high resistance, including to mold and diseases.

It has a very distinctive subtle flavor of sandalwood and anise. Although in the flowering period it exhales a sweeter aroma, once mature, the plant begins to emit a spicy scent, which will be immediately recognized if you are familiar with it. Speaking of effects, it produces peace and tranquility without a complete anesthesia as the other varieties do. It also has therapeutic features, it is successfully used to reduce stress, nausea and pain.