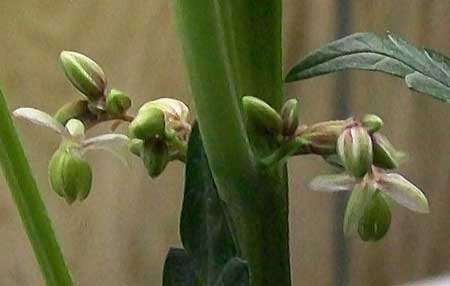 Important! Keep spraying daily until pollen sacs open up. Don’t stop spraying early, even if pollen sacs appear to be already formed, otherwise they may not produce much pollen

When it comes to artificial selection for breeding new strains, the grower is in charge of cross-pollination, so there’s no need for the plant to specialize in male parts. Pretty much the only thing most growers care about is how female flowers develop. So (unlike in nature) growers have the freedom to choose plants that improve female buds without even having to consider how it might affect male plants.

Another big advantage in the wild of having separate female and male plants is sexual specialization. In other words, plants are able to evolve male and female traits separately, so each type of flower can become more specialized at its unique “job.” 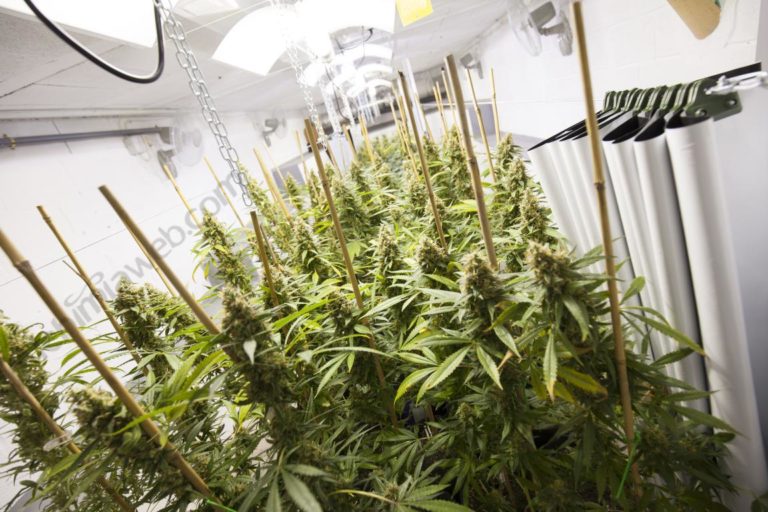 Until the 1990s, any cannabis cultivator was aware that, at some point, they had to separate the male and female plants if they didn’t want the first ones to pollinate the latter, which results in plants completely full of seeds. However, those were the days when pioneering seed banks like Dutch Passion were revolutionizing the cannabis scene with the birth of the first feminized cannabis strains, or in other words, seeds that only develop into female plants. At the beginning of the 20th century, many seeds banks were offering this type of seeds, feminized versions of classics strains that had been cultivated during many years as regular plants.

Without any doubt, one of the most commonly used methods for both producers and seed banks. This is a solution made of distilled water, silver nitrate and sodium thiosulphate (sometimes called sodium hyposulphite) that, after being sprayed on the female plants, inhibits their ethylene action resulting in the formation of male flowers once flowering has been induced. STS is relatively easy to prepare, although its lifespan after combining the two components is quite limited, barely a few days as long as it´s well preserved (in a dark and cool place).

As we’ve already mentioned, feminized seeds are the result of a process that reverses the sex of a female plant, that is, she is forced to produce male flowers. This way, and once into flowering, the female chosen will start to develop what we know as male flowers (stamens and anthers), which, just like male plants, will release the pollen that will pollinate the female plants. What is then the difference between a male plant and a reverted female plant?

It is worth stating that one of the side effects of gibberellic acid is a significant stretching of the treated parts of the plant, so don’t be surprised if this happens to your plants! The recommended dose to achieve the best results is approximately 100ppm.

Once again, this is a false statement. We have already pointed out that by using these sex reversal techniques we inhibit the ethylene action in the female plant, and under no circumstances the seeds (or plants) are genetically modified. The sex chromosomes of the female plant converted into a male plant are still female (XX), nothing has changed at a genetic level.

Feminization is essentially a process of pushing the plant to produce as many female seeds as possible, by making it “think” that it’s approaching its last days.

There are several ways to perform seed feminization. Each one is different, although they all boil down to the same thing — getting female seeds.

How to feminize seeds?

Those plants will yield feminized seeds after being pollinated.

How to Start Your Own Marijuana Seeds Breeding Program?

Most people are already aware that cannabis buds we use today come only from female plants.