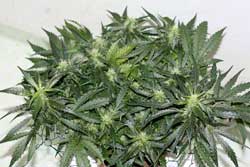 These are very common questions for new growers, so let me give you the straight answers…

Get the answers below!

Inside or Outside – In general, outdoor plants need longer to harvest than indoor plants. Outdoors, you plant in the spring, and harvest in late fall, taking 5-6 months or more. Indoors you have more control over the plant and can choose how long you want your plants to grow before harvest, and can get to harvest in just a few months. Indoors you can also start growing at any time (you don't have to wait until Spring to start growing).

Genetic sequencing for the latest study suggests that the species has a “single domestication origin” in East Asia, the researchers wrote.

To conduct the study, Dr. Ren and his colleagues collected 82 samples, either seeds or leaves, from around the world. The samples included strains that had been selected for fiber production, and others from Europe and North America that were bred to produce high amounts of tetrahydrocannabinol (THC), the plant’s most mood-altering compound.

“By the way, that’s the reason you call it weed, because it grows anywhere,” he added. 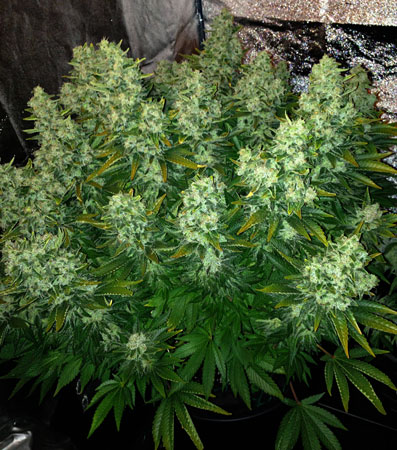 Here’s another example of a plant that was a good height at the end. You can see there isn’t a whole lot of extra growth at the bottom with small buds. However, you can see the buds end where the thick layer of leaves begins. This grower could have used some light defoliation to expose more bud sites lower down, and produced buds further down into the plant. In that case, their grow light could possibly have supported a plant that was even taller!

Note: Defoliation (removing leaves to expose bud sites) lets you produce bigger buds further down into the plant! That means your light could potentially support slightly taller plants with longer buds if you use defoliation. This is why it’s important to always test your plants with your light and your setup, as everyone’s results will be a little different based on their strain, environment and personal growing techniques.

Root space is more critical outside and with soil than indoors or with coco or hydro. Root space for outdoor plants is usually provided with big fabric pots (600+ gallon containers in some cases!) or with raised beds full of good soil.

So What’s the Best Plant Height?

In addition to the height, the overall size/mass of the plant has a big effect on final yields. A bigger plant can simply support more and bigger colas. Because of that, it’s good to build up overall plant size as opposed to just height to maximize yields. You want plants that are wide and flat like a table, not tall and skinny!

Under a 600W HPS, I haven’t ever seen a main cola that’s much longer than 2 feet even if light is getting down almost to the floor. So, I’m not sure how much benefit you would get by switching to 12/12 after the plant is 2 feet tall. These plants were switched at around 20″ tall under a 600W.

Although plants typically double in height after the switch, some particularly tall and short strains can stretch more or less than average! Always pay attention to what the breeder tells you about your strain and plan accordingly!

If you examine the structure of an indoor cannabis plant at harvest, you’ll often see that there are long fat “colas” at the top, and underneath there are smaller buds. The further down you get on the plant, the smaller the buds are. After a certain point, the buds are so small that they don’t really add any significant weight.

This plant was under a 1000W light and has huge, thick, arm-sized buds that go basically to the bottom of the plant. These buds are so thick at the bottom where they end that it’s good evidence this plant would have produced quite a bit more bud if it had been allowed to get taller in the vegetative stage. Those colas would have been longer, and there would have been many chunky buds underneath. This plant should probably have been about twice the height (twice the size of the longest cola) to have really produced what it was capable of under this grow light. But the grower still had a whole lot of bud to console himself with