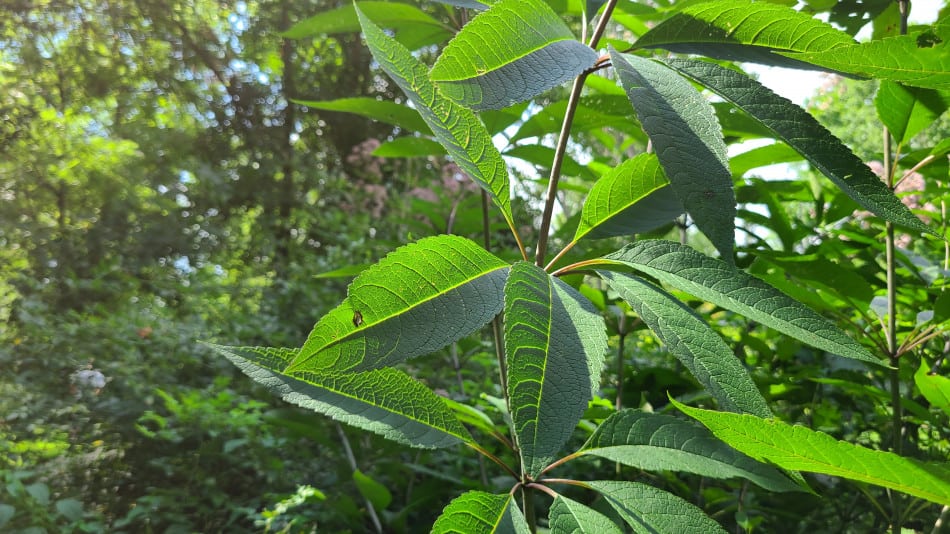 You can find a use for Joe Pye Weed in many garden settings. I have seen very healthy Sweet Joe Pye Weed growing in nearly full shade. But the plants might be a bit shorter with less sunlight. But don’t let that dissuade you!

There will be whorls of leaves spaced along the stem of Joe Pye Weed. Whorls are where several leaves are arrayed around the diameter of a stalk. Whorls will have 3-7 leaves depending on the specific species.

Joe Pye Weed seedlings can be transplanted once they have 2-3 sets of true leaves. You should consider protecting the young seedlings from deer and rabbits with Liquid Fence. I have personally had my seedlings munched on by deer. 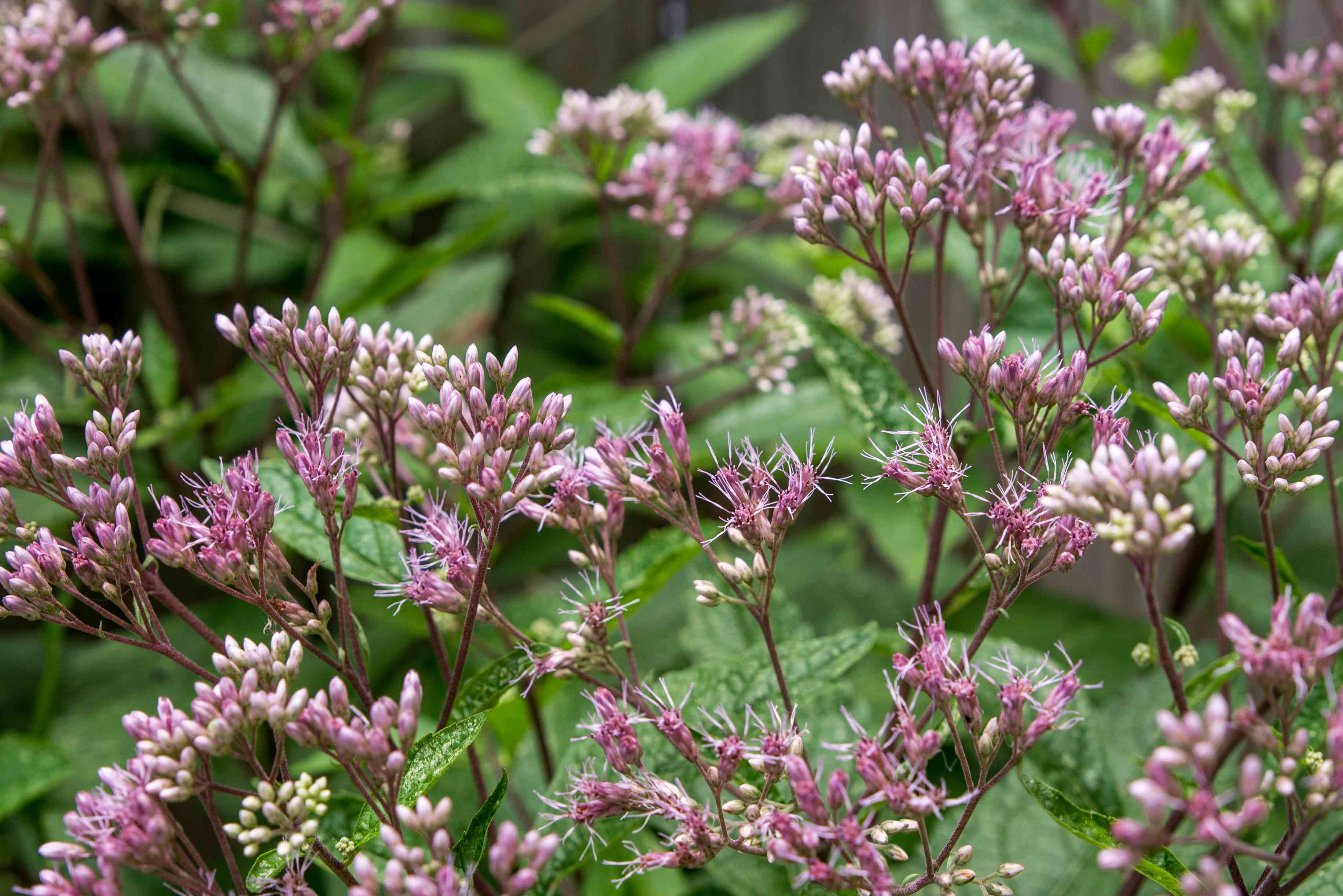 These wildflowers require no special winter protection, but it's a good idea to cut the stalks back to just above ground level when frost kills the plants, or after the flowers have faded. Doing this work in the fall will simplify your spring cleanup chores.

Joe Pye weed is fairly hardy both to cold and to heat within the climates of its growing zones. Frost will cause the plant to begin dying back to the ground for the winter. Humidity (or lack thereof) typically isn’t an issue, as long as the soil remains moist.

This is the notorious powdery mildew (see above). Treat the plant with spray fungicide; prevent the problem by planting mildew-resistant varieties.

How to Grow Joe Pye Weed From Seed

Joe Pye weed is, as the name implies, a plant with a weedy appearance. But its appeal to butterflies and other pollinators makes it a good choice for native plant landscapes and pollinator gardens. Massed groups can create a notable display and architectural height at the rear of a border garden, in meadow gardens, or along water margins. It is also a good plant to fill drainage ditches and other low-lying areas.

Fill starter cells or 2-inch pots with moistened seed starter mix. Press the seeds into the soil and just barely cover them with additional mix. Place the container in a location with bright indirect light at 70 degrees Fahrenheit until they sprout, usually about 4 weeks. Continue to grow the seedlings in a bright location until outdoor planting time.

Though not nearly as common as powdery mildew, rust fungus can also leave brownish-orange spots on the leaves of Joe Pye weed. It's rarely a serious problem, but if the disfigurement bothers you, try treating the plant with a spray fungicide.

If you are growing Joe Pye weed in its native fertile environment, you generally won’t need to feed it at all. But if you have poor soil, apply a slow-release granule fertilizer formulated for flowering plants in the spring as soon as active new growth begins. Fertilize again in the midsummer when blooms begin to appear. It also can be beneficial to mix compost into the soil around your plant in the spring. 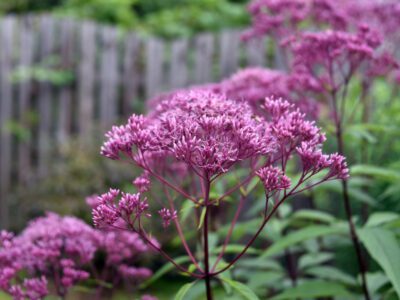 Joe-pye weeds in the garden prefer full sun to partial shade. They also like to be kept somewhat moist in average to rich soil. Growing Joe-pye weed will even tolerate wet soil conditions but not overly dry sites. Therefore, in areas with hot, dry summers, plant these ornamental beauties in partially shaded locales.

There’s little maintenance involved with Joe-pye weed care. The plant does enjoy regular, deep watering and will withstand heat and drought fairly well when the soil is kept moist or shade is provided. A layer of mulch will help retain moisture levels too.

What are Joe-Pye Weed Flowers?

Joe-pye weed flowers were named after a New England man that used the plant medicinally for helping people with typhus fever. In addition to its medicinal properties, both the flowers and seeds have been used in producing pink or red dye for textiles.

Eupatorium purpureum, or Joe-pye weed as most people know it, is far from an unwanted weed to me. This attractive plant produces pale pink-purple flowers that last from midsummer through fall. It’s a great addition to nearly any garden and a must have for wildlife lovers, attracting a multitude of butterflies with its sweet nectar. Growing Joe-pye weed flowers is a wonderful way to bring a little bit of nature to your backyard.

Spring or fall is the most suitable time for when to plant Joe-pye weed. Due to the large size of Joe-pye weed, it makes a great background plant but also needs plenty of room to grow. In fact, they are best planted on 24 inch (61 cm.) centers as they will eventually form large clumps. When growing Joe-pye weed in the garden, group it with similar woodland plants and ornamental grasses.