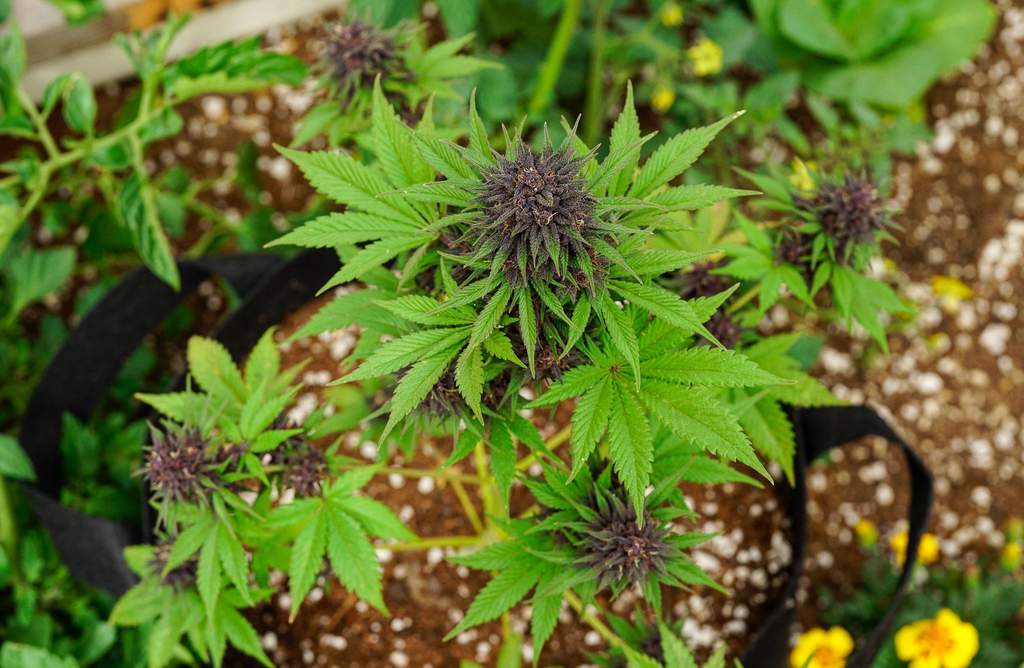 By far, the easiest and cheapest plant to grow for beginner growers is autoflowering cannabis . It comes from the species Cannabis ruderalis . This type of cannabis flowers, as the name suggests, automatically.

So, you wanna learn how to grow your own pot? Well, you’re in luck! Despite popular belief that cannabis a hard plant to grow, there’s a reason cannabis is called ‘ weed ’! Soon, you will be growing your own recreational or medicinal marijuana easy.

Step 1 – Pick the Best Marijuana Seeds for You

This guide was written for marijuana enthusiasts who want a cheap way of growing cannabis plants without the tents, timing, and grow lights . It’s a small step towards greater accessibility for marijuana home growing. So, flip a middle finger to big corporations, break up with your dispensary, and step into the world of DIY weed growing at home– OG style. Growing sticky, smelly cannabis buds is easier and way more rewarding than you think!

This species of cannabis starts her flowering cycle when she starts receiving equal hours of sunlight and darkness. This means if you are growing this type of pot indoors, the plant needs to consistently receive 12 hours of light and 12 hours of darkness to release the necessary hormones to begin flowering. This is why many people that grow photoperiod cannabis indoors opt for grow tents or dedicated grow rooms.

Steps to Growing Your Own Pot

And there are grow kits that make it easy and accessible. The truth is that there are more ways to cultivate cannabis than there are names for the plant. And every method can grow great, healthy plants. For example, hydroponics might yield more , while soil will grow stronger buds, aeroponics will grow the fastest, and there’s no replacement for growing marijuana outdoors. It’s as easy to overload yourself with options as it is to add too much fertilizer to your nutrient mix. Below, we describe how to do it naturally and with little work on the grower’s part.

Of course, if you can’t be bothered to read this entire guide, check out aPotforPot.com . They have a complete marijuana grow kit designed to make the weed farming life easy for you. Get started immediately, and if you get lost during your grow, email the stellar support team for a helping hand at [email protected] .

That said, when your plants are fully flowering, you might find yourself watering them daily, based on these indicators. When you do water them, keep going until you see water running off the soil, to ensure the water reaches all of the soil in the pot.

From art galleries and speakeasies to deli themes and circus vibes, dispensaries have gone next-level

That wasn’t the only connection I was hoping for. I saw becoming an L.A. pot-plant parent as a way to gain entree to an invisible social network in this city in the way those who raise children here end up forming lifelong bonds with strangers who happen to have had kids at the same time. Instead of bonding over hastily arranged carpool schedules or sitting on the sidelines at a soccer game together, I imagined mingling with first-time marijuana moms and dope dads in the gardening supply aisle at Lowe’s, sharing baby pictures of our leafy green chlorophyll kids and trading curing tips and yield-boosting hacks.

Unlike becoming the parent of a human, there’s a minimum age requirement — you have to be 21 — to legally become the parent of a recreational-use pot plant (different regulations apply to medical marijuana). And that six-plant limit? That’s per private residence — not resident — which means you can’t legally grow a dozen plants just because you split the rent with a roommate. Which brings me to another wrinkle that factors heavily into who does and doesn’t get to become a pot-plant parent in this fair city. Although not impossible, it’s far easier if you own the place in which you’re living and growing a pot plant. Even if your landlord doesn’t explicitly forbid the on-premises cultivation of cannabis (which he or she legally can), your lease agreement probably won’t cover the sort of modifications you might make to the property in your pursuit of off-the-grid ganja.

The fix was easy enough. Brandishing my P-Touch label maker, I printed out “Lowryder strain, seed two” and stuck the label on the container of curing buds, right over top of the one that read “Diana Prince.” I instantly felt better.