Also, buying from a reputable breeder or seed bank will give you a sense of what a particular strain will look and smell like, how it will grow, and how much it will yield at harvest.

Females will have a round structure with long hairs—these hairs will develop into pistils, which will catch pollen in the air.

How to sex a pot plant

Because only female cannabis plants produce buds and you want them to focus all their energy on producing buds and not seeds, it’s important to identify and get rid of male weed plants so they don’t pollinate females. If females are pollinated, it will give you buds filled with seeds, making your weed harsh and unpleasant.

Unfortunately, there’s not much truth to any of these interpretations. It’s simply impossible to tell just by looking at them what the sex of any cannabis seed is. If it was that easy, feminized marijuana seeds would not be as popular as they are. People could simply buy regular seeds and look at them themselves. 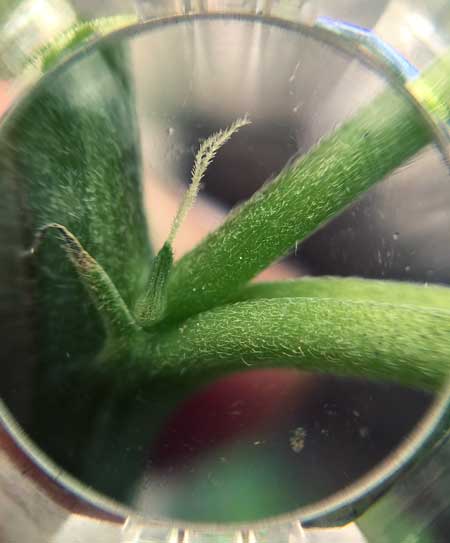 Female pre-flowers tend to be longer and narrower than male pre-flowers, sometimes with a fat bottom. They also usually (but not always) have 1-2 white hairs (pistils) sticking out from the top. Sometimes it takes a few extra days for the pistils to appear.

Once you see multiple pollen sacs and no white pistils, you can be confident it’s a male plant

So, without further ado, here are pictures showing what you’re looking for when it comes to pre-flowers. Remember, pre-flowers are found at the V where stems meet a main stalk. But pre-flowers don’t usually show up all over the plant. Make sure to look around in different places, especially near the top of the plant and closer to the lights