For more information about how cannabis uses light, check out Heliospectra’s Cannabis Lighting eBook. You’ll find a complete resource documenting how the quantity and quality of light affects cannabis throughout its lifecycle. Even better, you’ll find lighting tips to boost your crop outcomes.

But you won’t find green LED fixtures on the market or see green LEDs contained within a full-spectrum fixture. While green LEDs are useful for research, they’re not practical for commercial cultivation. Due to the constraints of manufacturing technology, green LEDs lack the electrical efficiency of other colors of LEDs. White LEDs, on the other hand, efficiently deliver green light and fill out other parts of the light spectrum too.

The myth that plants don’t use green light stems from their green color: if the plants are reflecting green, they’re not using it. But the reality is not so simple, and only a small portion of green light is reflected to give plants their green appearance. Moreover, our human eyes sense green light more easily than other colors; not that much is reflected.

Many fixtures on the market favor a blue-red spectrum. Those fixtures exclude the middle wavelengths from the spectrum and rely on blue and red LEDs alone, creating an unnatural “purple” light. The design philosophy behind blue-red fixtures asserts that a heavily tuned “purple” spectrum is better for several reasons, as noted below. However, such a sharp departure from the natural spectrum of sunlight doesn’t yield the best results for cannabis.

Our Eyes and Green Light

Greenlight — often neglected by lighting engineers — is a natural component of sunlight and an important part of any electrical light spectrum. But less extreme spectral tuning presents an opportunity for increased efficiency and control over plant traits. While it’s best to have all wavebands of the spectrum included in some proportion, increasing blue, red, or far-red light can elicit desirable characteristics in cannabis — like increased cannabinoids and terpenes.

Light-emitting diodes (LEDs) have triggered a groundswell of horticultural research over the past ten years. Unlike the high-intensity discharge (HID) lamps of old, LEDs allow us to easily isolate single wavebands of light photons — otherwise known as colors of light. That newfound control of the lighting spectrum lets us know how plants respond to light, and it debunks some long-standing myths about the best light for cannabis.

Studies have shown again and again that cannabis plants use green light.[1] But green light is different from red or blue. It behaves differently in the canopy, and different photoreceptors use it for photosynthesis — not just chlorophyll a and chlorophyll b.

So, when indoor growers are scouting their plants for pests, a fixture with the green light in the spectrum (i.e., a white-light spectrum) becomes an advantage. Under a blue-red light, recognizing pathogens like powdery mildew and fungus gnats can be next to impossible. When a spectrum includes even a small proportion of green, grow techs have a much easier time uncovering issues before they scale into major problems. 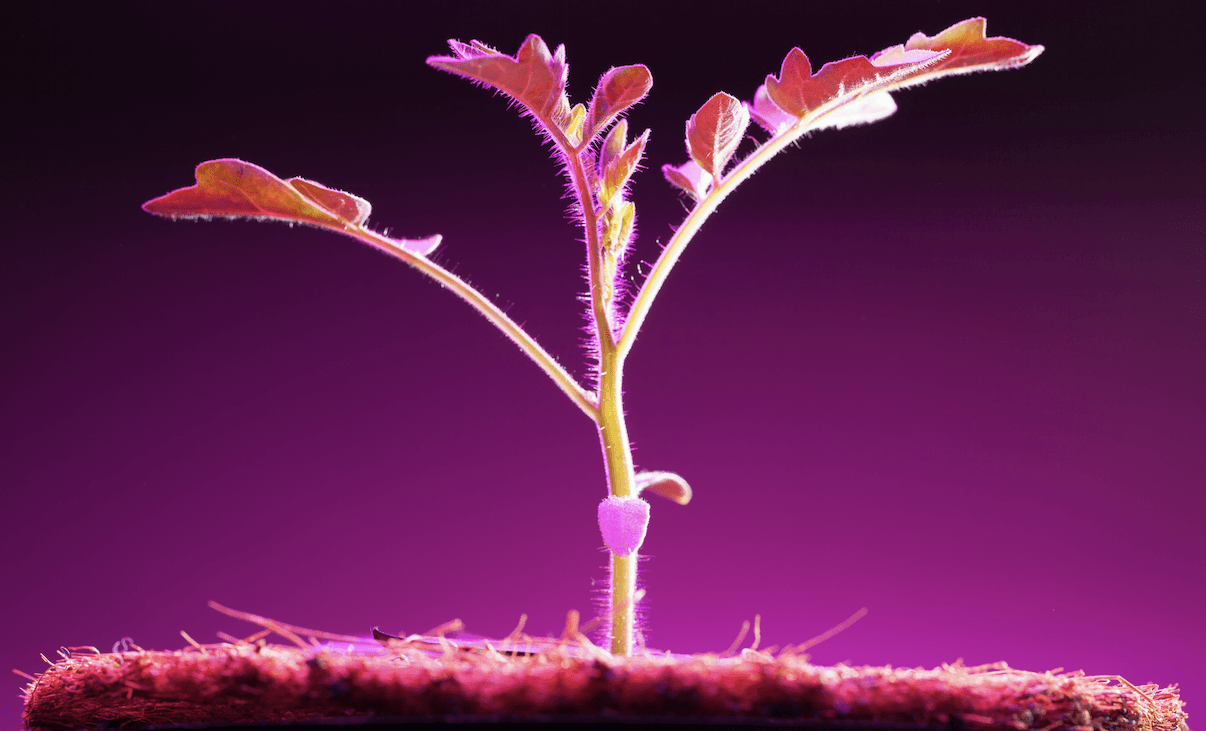 When we talk about the light spectrum, we’re speaking specifically about the distribution of red, blue, and UVB light. So the first thing to understand is how each color influences your plants. In the most basic terms:

The Best Spectrum for Growing Indoors

If your plants aren’t getting all the light they need, they’ll let you know by growing an excessive number of leaves. More leaves help them pick up more light. If you see more leaves, it’s time to increase the supplemental lighting.

The Best LED Spectrum for Growing in a Greenhouse

UVB light puts your plants on the defensive . . . in a good way. Just as we humans do, plants actively protect themselves from the sun’s UVB rays. But instead of sunblock, they produce more trichomes, ultimately increasing potency, flavor, and fragrance. 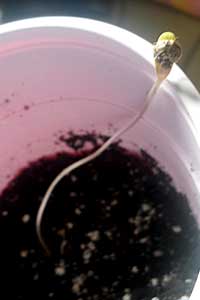 A thermal camera works by showing warmer objects as lighter colors. So for example, the cold ground will appear dark, while a plant is a little warmer and will appear lighter. A human is warmer still and appears almost white on such a camera.

When a plant starts getting higher levels of red light combined with blue from the morning sun, it “knows” that the day has started again. If a plant is exposed to red light during the dark period, it will “wake it up” because it thinks day is happening. Blue light also affects the plant at night by messing up its circadian rhythms, though blue light alone likely won’t stop the plant from flowering.

How big a difference does spectrum make to plant growth?

These processes helps the plant set itself on an internal clock. Keeping track of the length of nights is the main way a cannabis plant knows when to start flowering (making buds). When nights get long, it initiates the flowering response because it “thinks” winter is coming! So growers are able to force the plant to start flowering at any time just by changing the plant’s light schedules!

If a plant is surrounded by greenery, it starts sensing higher ratios of far-red light, and starts “stretching” upwards to grow past the other vegetation and get access to better quality light

So when it comes to this section about photoreceptors and the light color response of plants, we’re talking about the “nose” of the plant, not the “mouth!” The reactions to light spectrum we talk about below are completely separate from photosynthesis! If you’re interested in how the plant actually obtains energy from light via photosynthesis, check out the section at the end of this page about PAR, lumens and light intensity.