Writing in the journal Science Advances, Sallon and colleagues report how they planted 32 Judean date palm seeds retrieved from a variety of archaeological sites across the Judean desert. These include Masada and caves at Qumran – shelters best known for concealing the Dead Sea scrolls but which were also used by refugees in ancient times.

Writers from Pliny the Elder to Herodotus raved about the qualities of Judean dates, including their long shelf-life, which allowed them to be transported far and wide. “Herod even used to present them to the emperor in Rome every year,” said Sallon.

It is not the first time the team have managed to grow ancient seeds: in 2008 they reported that they had germinated a 1,900-year-old Judean date palm seed from Masada – an ancient site extended by Herod the Great in the first century BC that looks out over the Dead Sea. That plant, a male, was named Methuselah after the oldest character in the Bible.

But the plants suffered under centuries of unrest; by the 19th century the plantations had disappeared.

But the new study goes further – not only involving more seeds, but shedding light on the way Judean farmers may have cultivated the famous plants.

Palm trees in the ruins of Babylon. Two of the seeds found are like modern Iraqi varieties of date, which may be linked to the return of Jews from exile in the sixth century BC. Photograph: Ali Al-Saadi/AFP via Getty Images

The seeds, dubbed Adam, Jonah, Uriel, Boaz, Judith and Hannah, were among many others discovered at archaeological sites in the Judean desert.

A handful of date seeds from fruit that ripened around the time of Jesus have been successfully planted and grown in southern Israel, researchers have revealed. 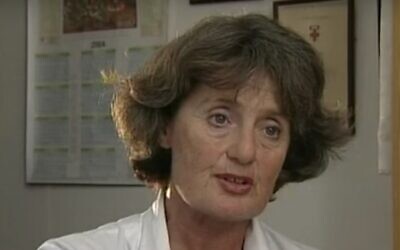 “Dates were an enormous export from Judea and they were famous,” Sallon noted. “Herod even used to present them to the emperor in Rome every year.”

Further analysis found the seeds had a genetic makeup from various locations spreading eastward across the region stretching into modern day Iraq.

Israel’s popular Medjool and Deglet Nour dates were brought to Israel from Iraq and Morocco by Jews in the early part of the last century. The only cultivated dates already present were limited plantations of sire dates planted by the Ottoman Turks.

Methusela, Adam, Jonah and Hanna have been planted out at Kibbutz Ketura and can be viewed. The others are still in the greenhouse.

Radiocarbon dating revealed the seeds used for the project came from a period spanning the fourth century BCE to the second century CE.

The dry conditions in the Dead Sea region could have helped the seeds survive two millennia without losing their ability to grow.

Dr Elaine Solowey, Director of the Center for Sustainable Agriculture at the Arava Institute in southern Israel, who in 2008 successfully germinated a 1,900-year-old date palm seed that took the name Methuselah after the long-lived Biblical character, told the Times of Israel that while Methusela germinated in just six weeks, this latest batch of seeds took up to nine months.