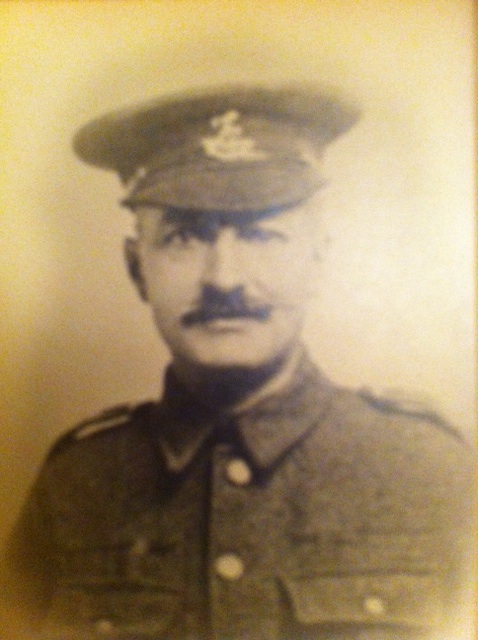 Dedicated to my great great grandfather, Eli Frank Turvill, who died whilst training for the Volunteer Corps in July 1916.

You’ll find some seeds enclosed in this envelope. Maybe plant a couple where you are. It’ll make the front more comfortable for you; more like our garden at home. Do you remember the long summer days we used to spend walking there? Even now when I walk amongst the poppies I feel like I walk with you, and your comrades. So tall, so proud, so beautiful. Sometimes I just stand out in the field and look. Sometimes I fancy I can see you over the sea. That is why I don’t cry for you anymore. You’re with us even when we can’t see you: back there in the field, amongst the poppies.

You will be pleased to know that Helen and I have been putting the lessons you gave us to good use. As they’re mother’s favourites, poppies now bloom beautifully throughout the garden. 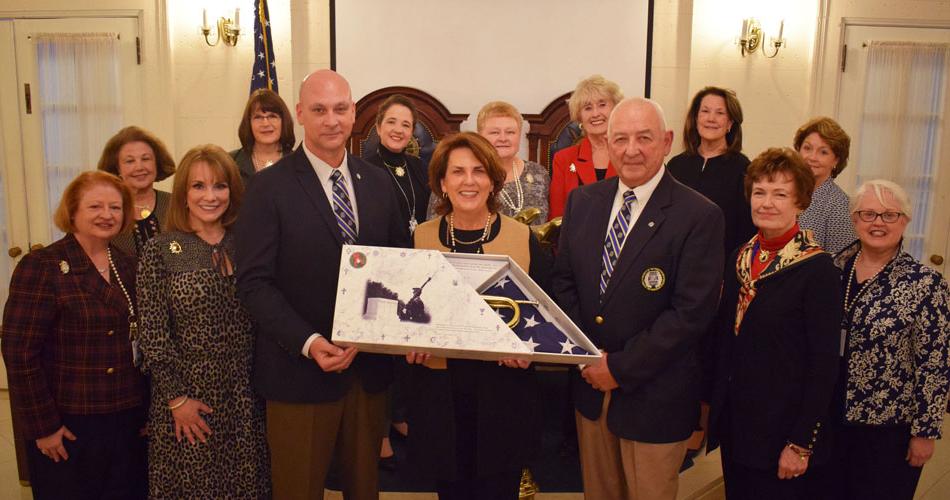 I am honored to announce that DAR is partnering with the Society of the Honor Guard of the Tomb of the Unknown Soldier to observe the upcoming Centennial of the Tomb on November 11, 2021. Chapters are encouraged to begin planning to join with other Americans to honor those who have sacrificed in defense of democracy as the nation observes this sacred memorial’s 100 th anniversary.

I encourage chapters to begin planning local events during the week of November 8-11, 2021. Ideas may be found here: https://tombguard.org/centennial Two that are especially encouraged for DAR Chapters:

DAEGU, South Korea — The devastation that the Korean War brought to South Korea was not limited to the lives lost in battle. The pursuit of democracy for the South left much of the country destroyed from the blasts. South Korea’s post war transformation is not limited to its constant industrial expansion, which has elevated it to the world’s 14th largest economy, but also includes the rebirthing and stabilization of the natural land. 19th Expeditionary Sustainment Command members volunteered to help Keimyung University in the beautification of their campus during an Arbor Day ceremony April 20. With more than 60 years having passed since the Korean War, Team 19 members remain committed to maintaining the alliance with Korea’s future leaders. Soldiers and family members paired off with students to plant Japanese Flowering Dogwood trees on a hill just below the school’s chapel. “I enjoyed this event because, with this being my second time being stationed in Daegu, I hadn’t done anything like this during my last tour,” said Sgt. 1st Class Corwyn Powell, 19th ESC Support Operations. Students led the Soldiers through the campus to an area where they put on a traditional Korean drumming performance and a Tae Kwon Do demonstration. The exhilaration of the routines left the Soldiers in awe as they gave the performers several large rounds of applause. “I was impressed with having known that, in spite of some of the students being in the middle of taking their final exams, they took the time to put on this performance for us,” Powell said. Stemming from the ceremony, some Soldiers were able to create a bond with the students that will endure beyond the Arbor Day’s event as they exchanged phone numbers, made arrangements to trade pictures and planned to meet again.