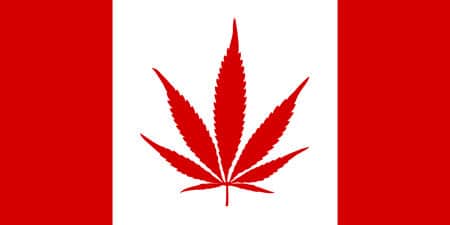 Where in the world is it legal for people to grow cannabis? Who can grow weed? Get the laws about medical marijuana for your country and/or state, as well as laws about recreational cannabis. We’ll be adding to this list as more places legalize marijuana cultivation.

The highest court in South Africa ruled in September 2018 that is legal for adult citizens over the age of 18 to use, possess, and cultivate cannabis, as long as everything is private and the cannabis is used for personal consumption. As of yet, there are no clear rules about what counts as private and it’s up to police discretion to determine whether someone’s plants are being grown privately or not. Although cultivation has been declared legal, there are no set rules about plant limits, and it’s recommended to only grow as much as you can personally use yourself. It is still illegal to sell cannabis.

Canada passed Bill C-45, or the Cannabis Act, which legalized personal use and cultivation of cannabis for all adults! Storefronts opened on October 17, 2018. The bill makes marijuana legal but lets each province set age limits (typically between 18-21) and other restrictions, including whether cannabis can be legally sold in retail stores.

Malta's parliament voted in favour of the reform on Tuesday afternoon, with the bill winning 36 votes in favour and 27 against.

Cannabis laws around the world

The punishment for smoking in public will be a €235 fine, and those smoking cannabis in front of anyone younger than 18 could be fined up to €500.

Cannabis is still technically illegal in the Netherlands, which is famous for its cannabis cafes. However there is a tolerance for the drug when it is sold in the coffee shops.