for lights I use the CFL along with a 70watt HPS that was given to me. Heat isn’t a issue just have one fan running in the room and it says nice in there.

hmm. Well this is what I know about the worms is they seem to like it in the 5 gallon bucket with my plants. The story is like this, my first plant was found growing in my back yard. I dug it up and put it into a 3 gallon bucket along with some potting soil. Later when I transfered it to the 5gallon I could see big *** earth worms in the soil. I thought it was great for the plants so no worries. They never left the bucket, they loved it in there. I would toss my dead leaves in the bucket and kinda cover them a bit. I never had to feed them. And when I was done with the plant I added the worms and old soil to my new plants. The worms are doing good still and show no signs of wanting to leave. This was maybe 8 + months ago and the last time I changed the pots on my new plants there were still worms in there.

Someone said something on one forums about adding a bit of cornmeal once every 1-2 weeks just take like a stick or whatever and make a hole put some in and they should keep them happy if they are not getting enough food. I have’t had this problem.

The problem with worms in pots is that they need to eat. They eat early stage decaying organic matter, and the problem with most soils is the organic material has already been broken down to the point where the worms can’t eat it. So they are not really practical for pots with a living plant as you would need to be constantly adding raw material to the pot to feed them, and you would have to bury it deep in the pot (because of the lights) which is going to have a catastrophic effect on your plant’s root system as you continuously do this, so it simply isn’t practical.

However, you can still get the benefit of worm casings in your garden. I have kept compost worms (red wrigglers) in one of those large plastic storage containers, they reproduce quicky and you basically use them for processing your kitchen compost. They would turn a banana peel into this rich compost in a matter of 2 or 3 days once you reach equilibrum with the worm population vs your trash input, they were voracious. I highly recommend it, the castings are an excellent soil additive for mixing in with your maja soil, or sprinkling on top of a growing plant for a little treat Here is some reading material if you do want to keep composting worms: 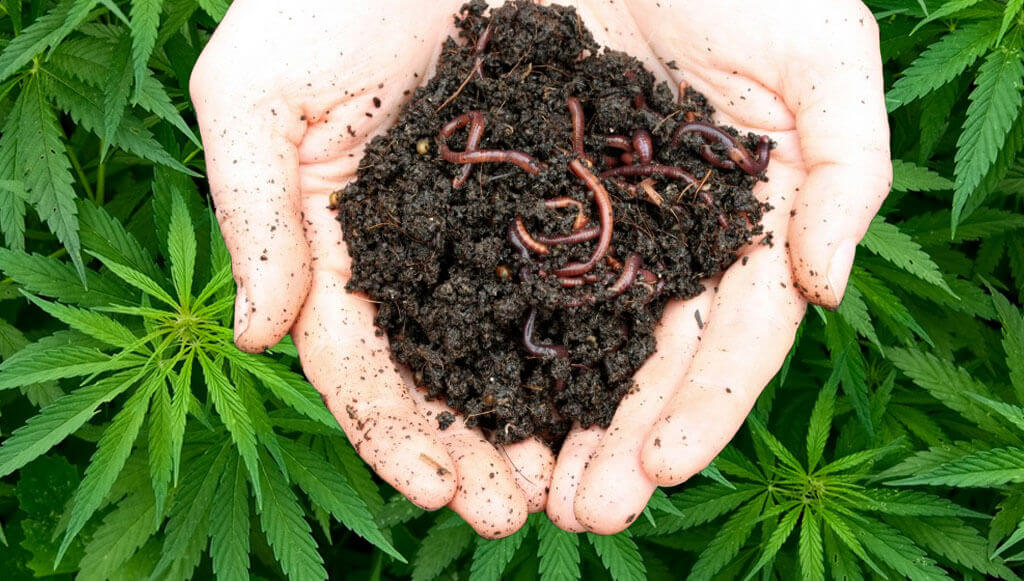 Next, we describe these processes and their pros:

How does worm humus work?

The influence of earthworms in vegetal kingdom is very important; their food and droppings generate a soil rich in nutrients and minerals, essential for the proper development of the plants, that is, they decompose the soil organic material through their digestive system, and they generate humus full of bacteria, protozoa and nematodes, revitalizing the soil and stimulating the vegetal development: an ecological, organic, natural way to provide the adequate substrate and nutrients your plants need.

How to use it

Worm castings are an organic soil amendment made up of earthworm droppings, which recycle organic material from the soil.

What Exactly Are Worm Castings?

PS: If you strain it, you can also use it as a foliar application.

When To Use Worm Tea?

If your plants are looking less vigorous, or the lower leaves are starting to discolor, a good shot of worm tea will boost them up.